Sara Miller McCune and George D. McCune founded the McCune Foundation in March 1990 with the hope of impacting the communities around the world where SAGE Publications had its offices at the time. In the early years, the family foundation supported a range of philanthropic projects in the United States, the United Kingdom, and India. Grants were made to provide books for university students in India and London, and funding was provided to establish medical clinics and dig wells in rural India.

In 2001, the Foundation’s Board of Directors shifted its focus to concentrate on initiatives by community-based groups in Santa Barbara and Ventura Counties that build social capital and give voice to new participants in the democratic process. This significant reorientation was influenced by early Board Member and political science professor Marilyn Gittell. Fellow Board Member and professor, Sandra Ball-Rokeach, was also a strong advocate and provided additional insights. 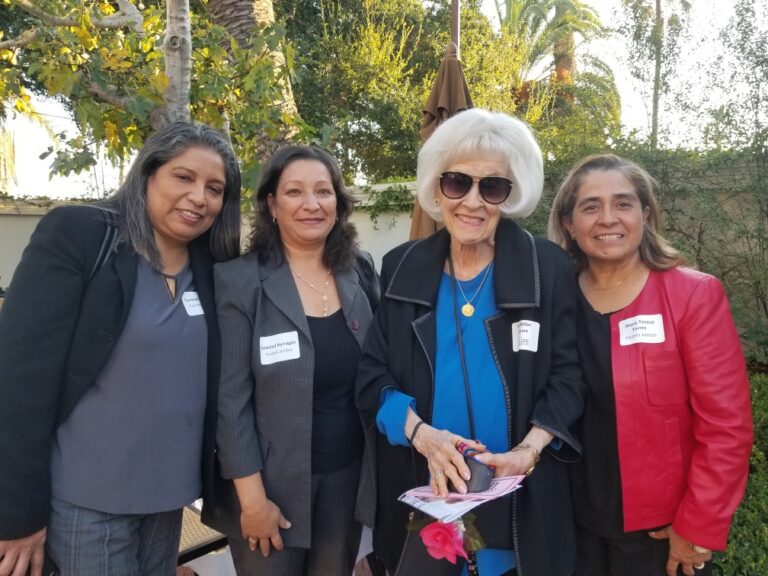 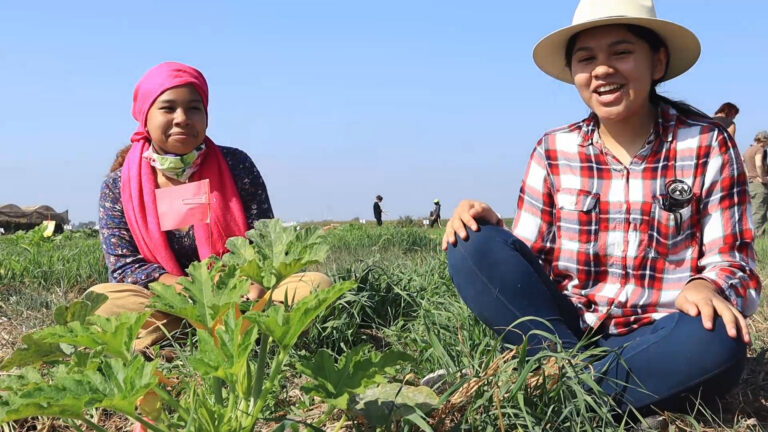 By 2002, the Foundation was no longer directing funds toward charity and services, but was instead funding projects that developed community capacity to solve problems. Immigrants, youth, farm workers, and other residents were given support to mobilize in pursuing policies that addressed their particular needs. It was the role of the Foundation’s first Executive Director, Pam Maines, to seek out groups that matched the new focus. “We were able to find groups organizing around issues such as fair wages, farm worker housing, immigrant rights, discrimination, empowering youth, and homelessness,” she says. “With each successive grant cycle, our network of contacts expanded and our mission became better understood.”

Claudia Armann joined the Foundation as Executive Director in 2008 and oversaw the growth in grantmaking, local community organizing trainings, and the Foundation’s shift toward socially responsible investing (for more on this topic, read the articles linked below). In 2021, the Foundation received a $35 million contribution from SAGE Publishing to permanently endow the Foundation’s work in the region. 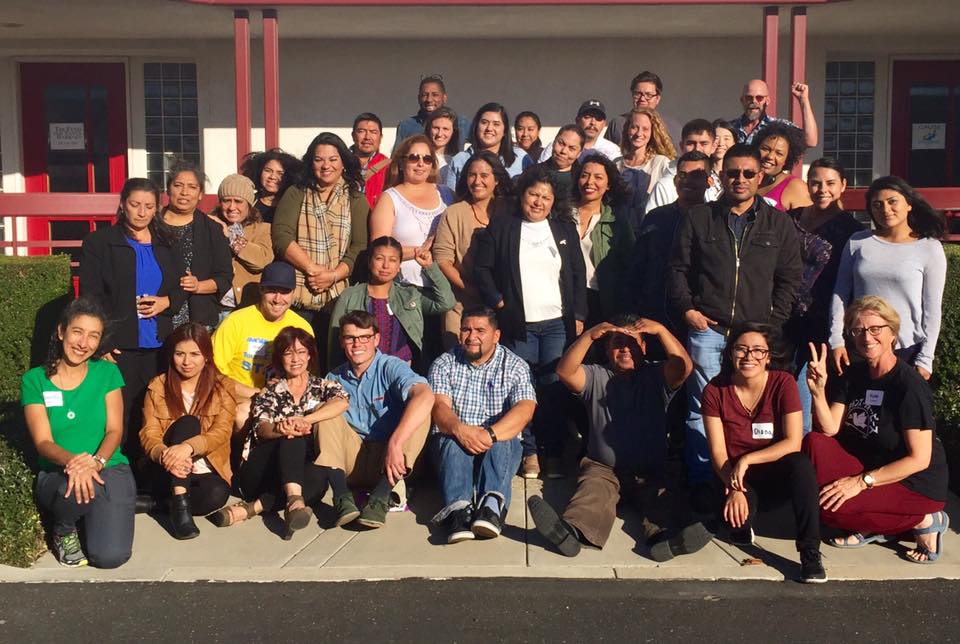 Foundation founded by George and Sara

The McCune Foundation received a donation of $35 million in late 2021 to fully fund its endowment. An additional $1 million was donated toward its 2022 operations. Both gifts were from SAGE Publishing. Operating in Santa Barbara and Ventura counties since its founding in 1990, the foundation promotes productive change in society through the sustained support of social justice causes. It has supported groups that are mobilizing youth groups, farm workers, immigrants, and rural residents, on behalf of various social justice goals for their communities in the region.

The McCune Foundation was originally envisioned in 1989 by Sara Miller McCune and her husband George McCune as part of their estate plan. Their hope was to impact the communities around the world where SAGE had its offices at the time, including Thousand Oaks, London, and New Delhi. George McCune was the foundation’s first President, but served only a short period, due to his death in May 1990. His wife, Sara Miller McCune, became President thereafter. Beginning in 2001, the foundation shifted to focus on initiatives by community-based groups in California’s Santa Barbara and Ventura counties. Throughout the next two decades, grants from the foundation have supported activists in advocating for language interpretation services at schools and clinics, living wage ordinances, safeguards for farmworkers, census outreach, and much more.

The McCune Foundation’s grantmaking-focus on grassroots projects that involve building – or increasing social capital — will remain the same. Examples include a variety of community organizing strategies to promote social and economic justice. Empowerment of politically and/or economically marginalized groups based in Santa Barbara or Ventura counties is a requirement for funding. Those who have projects that may be eligible for a grant should contact Araceli Centeno, Program Officer.

Headquartered in Thousand Oaks, SAGE Publishing is a global academic publisher of books, journals, and library products and services founded in 1965 by Sara Miller McCune.

The McCune Foundation was established in 1990 by George D. McCune and Sara Miller McCune, the founders and principal management team (for 25 years) of SAGE Publishing. The Foundation supports projects that address critical issues in Santa Barbara and Ventura Counties by empowering and mobilizing excluded populations. We support groups which are “doing with others” rather than “doing for others” – grassroots, bottom-up organizations in which “clients” are the initiators and involved in decision making. 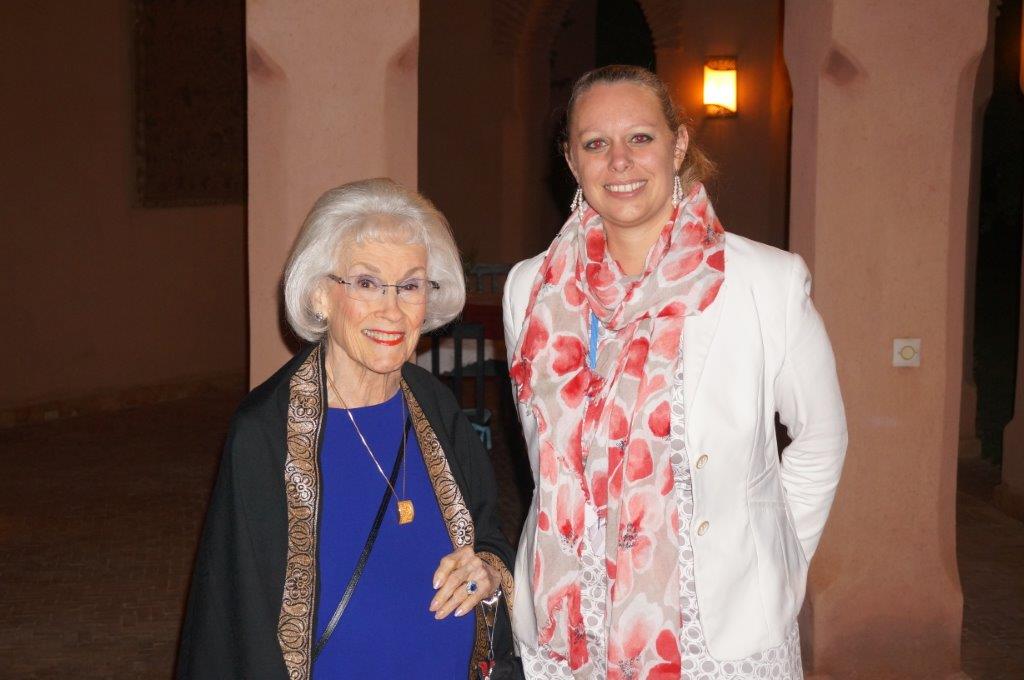 Hundreds of institutions across the globe have pulled trillions of dollars in investments from coal, oil, and gas companies—and the McCune Foundation joined their ranks in 2016. The Foundation adopted a fossil fuel-free divestment policy for its endowment with the goal of avoiding investments in companies that produce fossil fuels.

The Foundation followed the lead of other local groups including the Community Environmental Council and the Fund for Santa Barbara in adopting a fossil fuel-free investment policy. For years, the Foundation’s investment policy has been mindful of other social justice concerns and has sought to invest in companies that exercise prudent practices in the areas of employee relations, the environment, human rights, consumer safety, and world security.

Sara Miller McCune with Carole Dieschbourg, Luxembourg’s Minister for the Environment, at the UN Conference on Climate Change in Morocco. 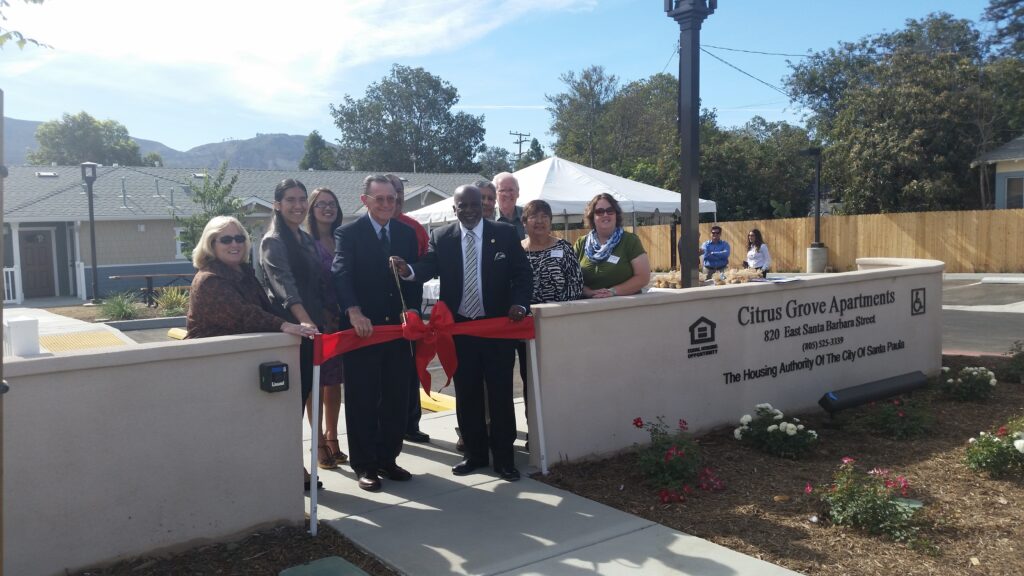 When the McCune Foundation wanted to go beyond the impact of its grants, the Board embraced the idea of investing some endowment funds to support affordable housing. In 2014, the Foundation provided a $100,000 loan to the Ventura County Housing Trust Fund to help finance affordable housing developments. That investment was followed five years later with an additional $150,000 loan.

“Foundations across the country are making such socially-responsible investments by taking funds typically invested in the stock market or bonds and re-directing them to local projects,” says Claudia Armann, McCune Foundation’s Executive Director.

The loans to the Housing Trust Fund carry a two percent interest rate – comparable to the Foundation’s investments in bonds. Linda Braunschweiger, CEO of the Housing Trust Fund, made a strong case for investing in the agency’s Revolving Loan Fund, which makes below-market rate loans to affordable housing developers. “Leveraging the Foundation monies with a State grant doubles the impact to create new affordable housing units desperately needed in our high cost housing market,” Linda says. “As the loan is repaid, both the Foundation funds and the State funds will circulate through the revolving loan pool, thereby becoming available for loans to other worthwhile housing projects and helping both organizations to pursue their missions.” Claudia agrees that the deal is mission-driven for the Foundation. “Our Board was motivated by knowing that the result will be new homes for farm workers, homeless persons, veterans, and others,” she says. “We also believe that creating safe and affordable housing builds community and social capital.” Sara Miller McCune, Foundation President, also wants to inspire others. “It is our hope that other institutions with endowments might also consider redirecting some of their investments to projects that support their communities,” she says.