With Coalition for Sustainable Transportation (COAST) 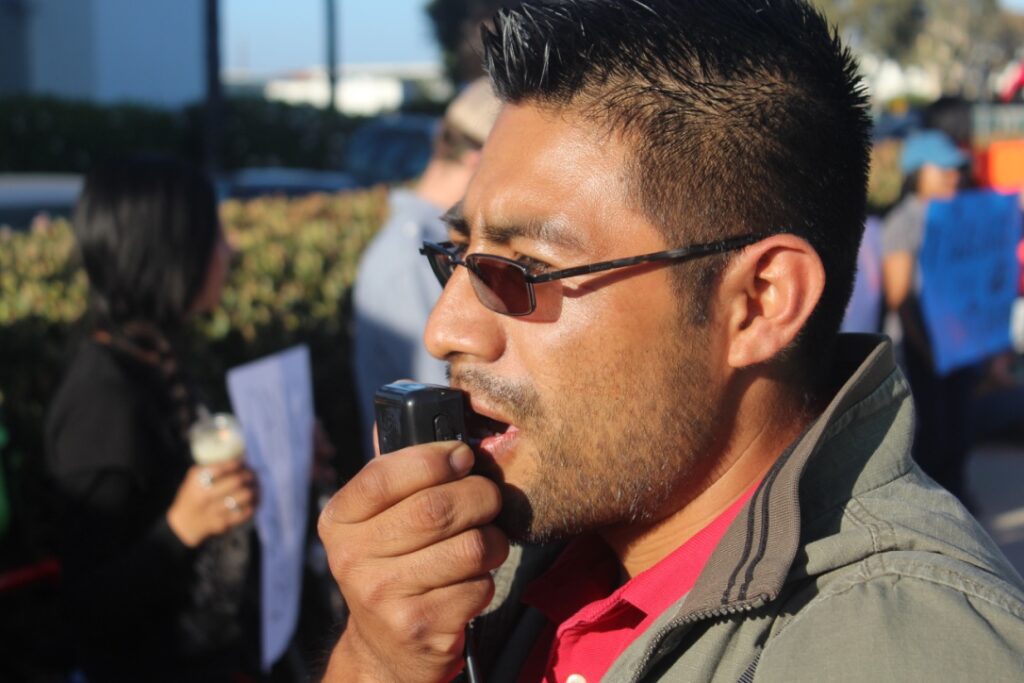 When organizations invest in training and coaching their staff and grassroots leaders, campaigns become even more powerful. Success stories, like the one we heard at the Mixteco/Indigena Community Organizing Project (MICOP), helped propel the McCune Foundation to organize local trainings and offer grants to hire coaches.

In 2014, the MICOP board wanted to deepen its commitment to organizing and allocated funds to hire their first full-time community organizer. To build organizing capacity, MICOP won a grant from the McCune Foundation to fund organizing training and coaching for the new organizer and community leaders. 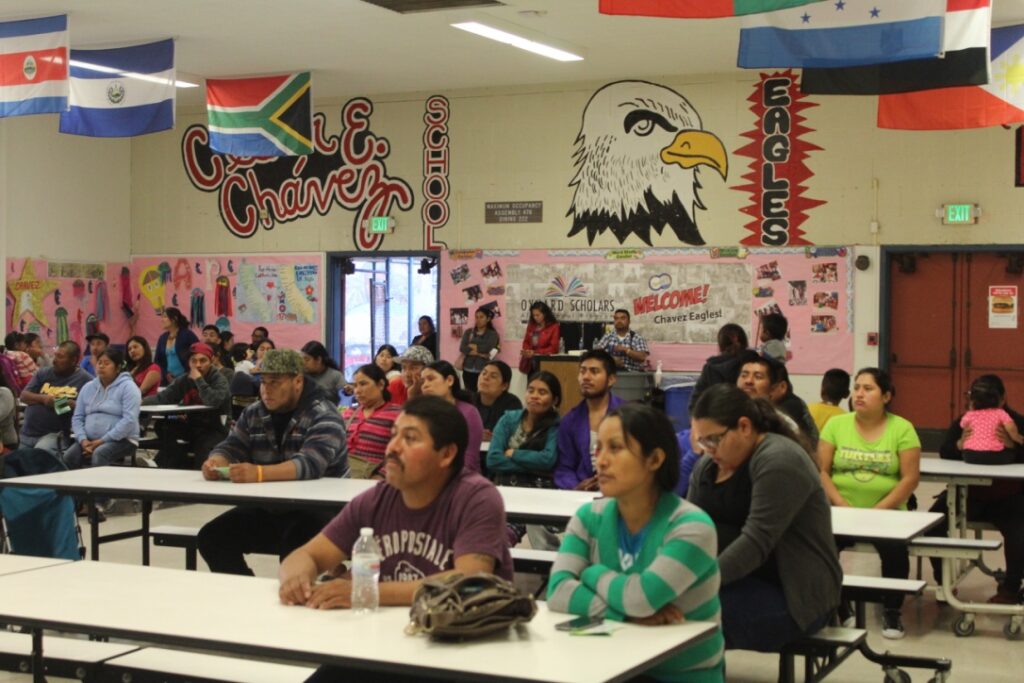 MICOP hired organizer Juvenal Solano who brought valuable experience as a former organizer with the United Farm Workers. Soon after, Cruz Phillips of the Dolores Huerta Foundation was engaged to provide organizing training and to coach Juvenal as he led his first campaign for MICOP.

“Cruz worked biweekly with Juvenal for four months to coach him in coordinating and leading his organizing efforts,” said MICOP Executive Director Arcenio Lopez. This was followed by a two-day Community Organizing Retreat led by Cruz. “Five members of MICOP’s staff and ten from the Indigenous Leadership Committee worked with Cruz to lay out a plan for how to organize a successful campaign and build indigenous membership at MICOP,” Arcenio said.

In a few months, Juvenal held 30 one-on-one meetings with constituents and motivated them to host 17 house meetings where friends and neighbors met to discuss concerns. These gatherings built momentum for a community meeting attended by 180 indigenous residents. Participants voted on the first issue they wanted to tackle—convincing the DMV to allow Mixtecs to take driver’s license tests in their native language. This would be essential for the indigenous community to benefit from a new law allowing undocumented immigrants to obtain licenses.

“Cruz helped us develop the strategy for the DMV campaign. She helped clarify our objectives, develop small steps to reach our goals, and identify allies,” Arcenio said.

“Cruz helped us develop the strategy for the DMV campaign. She helped clarify our objectives, develop small steps to reach our goals, and identify allies,” Arcenio said.  “Cruz also followed up with Juvenal to make sure the campaign was on track.” 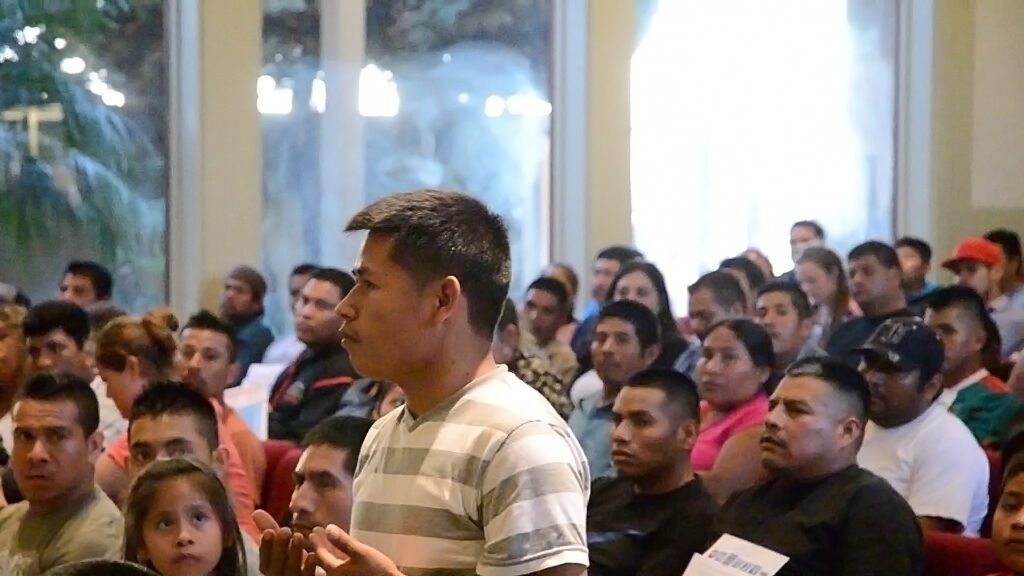 The campaign culminated with a press conference and forum with DMV officials where 250 Mixtecs pressed officials for interpreters during the testing process. The effort was successful, benefiting immigrants throughout California. “The campaign also helped MICOP recruit new leaders who have since started a men’s group to address alcoholism and domestic violence,” Juvenal said. 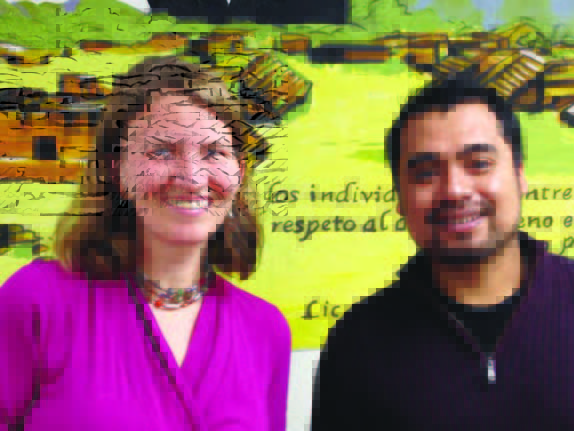 Boards that reflect the constituency that an organization serves is an important value for the McCune Foundation. Mixteco/Indigena Community Organizing Project (MICOP) in Oxnard works to empower indigenous farm workers from Mexico, and the group has been intentional in involving Mixtecs on its Board of Directors.

Executive Director Margaret Sawyer says that the organization’s bylaws require that 40% of the Board be indigenous. Four Mixtecs, including three farm workers, currently serve on the Board. How has MICOP meaningfully engaged new leaders?

“Since many Mixtecs are field workers and some attend college in the evening, Saturday night worked best,” Margaret says.

Board meetings are held in Spanish on Saturday nights. “Since many Mixtecs are field workers and some attend college in the evening, Saturday night worked best,” Margaret says.

Budgets and board materials are prepared in both Spanish and English, and trainings are offered to Board members. Associate Director Arcenio Lopez says that meeting reminders are done by telephone since some members do not use e-mail. He suggested that a first step an organization can take is to add a bilingual Board member. As mono-lingual Spanish speakers are invited to serve, there will be a greater level of comfort, he says. Engaging “clients” in leadership roles can support organizations in making more informed decisions on behalf of the community they serve.

When community members who do not speak English can use their native language to express their concerns and ideas, their voices can be powerful levers of change. But first, their message must be translated accurately in settings that are inclusive by design.

“Translation of materials and meetings is important, but that alone does not change the power structure,” says Alena Marie who leads the Language Justice Initiative at Just Communities. “We want everyone to not just receive information in their language, but to be active participants.”

“We want everyone to not just receive information in their language, but to be active participants.”

Yet, many venues where key decisions are made lack translation. Alena recalls meetings where people from the audience are called upon to translate for those testifying in Spanish. At other times, bilingual elected officials try to translate for their colleagues. These impromptu efforts shortchange the dialogue. “We can’t have true impact if it’s just a one-way flow of information,” Alena says.

“We can’t have true impact if it’s just a one-way flow of information,” Alena says.

So, what’s required to create language equity? Agencies should hire professional interpreters and provide headsets to all who are not fluent in the languages being used.

Just Communities trains interpreters on creating inclusive multilingual spaces. In 2013, they trained 240 student interpreters to translate between teachers and parents at Back to School Nights. They also advocate for more professional translators at schools and agencies. Just Communities practices what it preaches with simultaneous interpretation at its events and a bilingual website. They are leading the way to ensure that all voices are included in the process of community change.